Last Sunday (July 22) James Taylor performed in the beautiful Roman amphitheater in Pompeii. Around half past eight, James walked onto stage to introduce the opening act: Bonnie Raitt. Rait played a great, varied set with a haunting version of "Angel of Montgomery" and a duet version of "Nick of Time", together with James' backing vocalist Arnold McCuller. Bonnie Raitt was clearly enjoying herself and decided to add her biggest hit, "I Cant Make You Love Me", to the set list and dedicated it to James. Raitt's set ended with, "Thing Called Love", for which James joined on guitar and vocals. 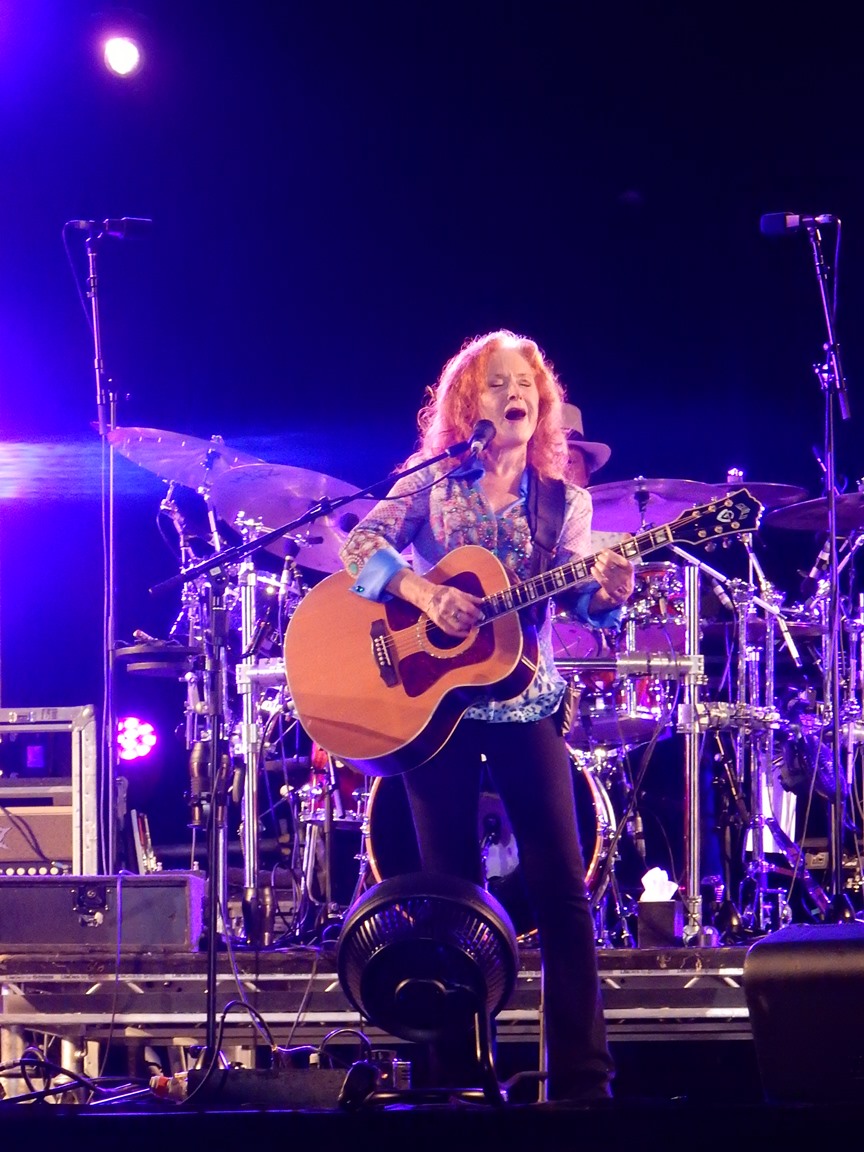 After a short break James' part of the concert started. While his voice had to warm up a bit, especially during the first song "Caroline in My Mind, after a while his baritone was as warm as ever. This was the first time James brought his entire band, including horns sections and percussoin, to Europe. It was a pleasure to see these professionals at work and see how much they enjoyed theirselves. The horns section, consisting of Lou Marini and Walt Fowler, even thought up some 'dance moves' for songs on which they did not have to perform and wore sombreros while playing "Mexico". 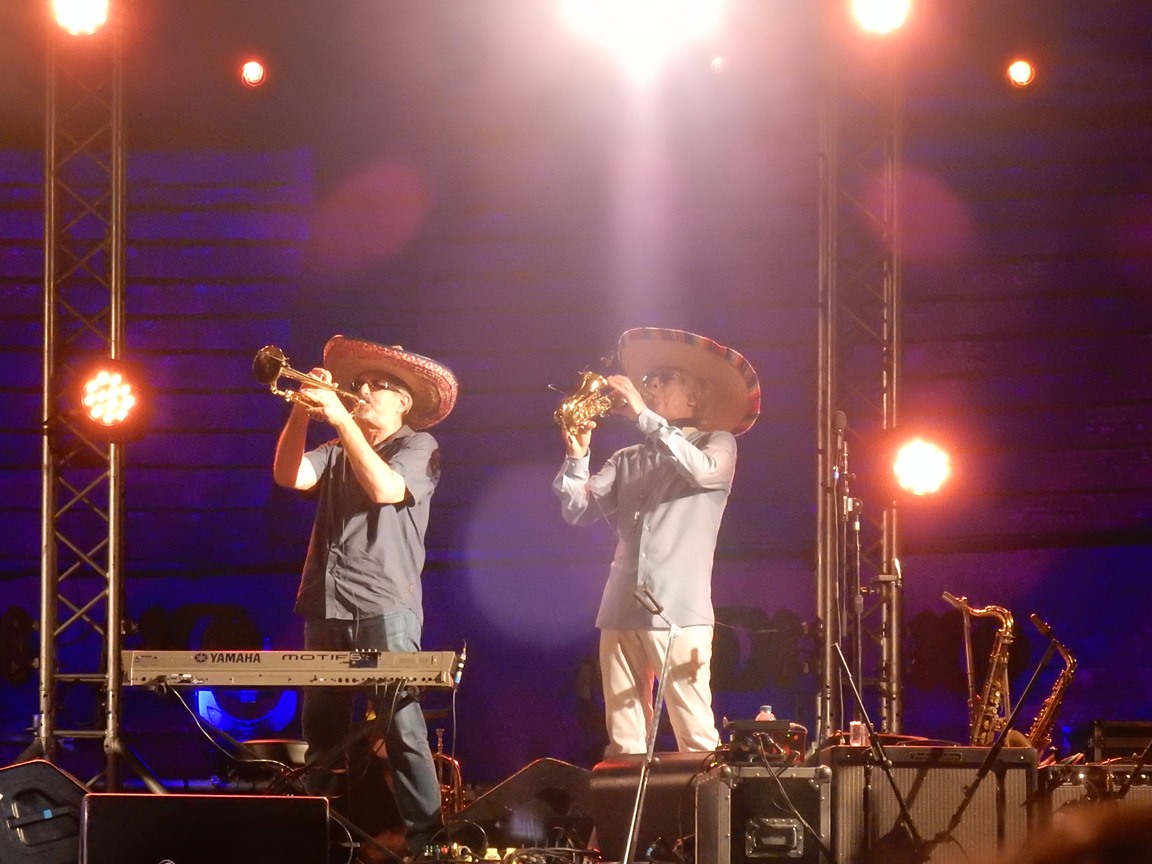 James' set was a bit shorter than usual and contained mostly his most famous song. The main exception to this was a fun, swinging latin version of "First of May". Other highlights in the concert were "Don't Let Me Be Lonely Tonight", which ended with a great saxophone solo and "Sweet Baby James", on which James' voice still sounds so amazing. Towards the end of the concert they played "Shed a Little Light", which in the last few years seems to have become a standard song for concerts. 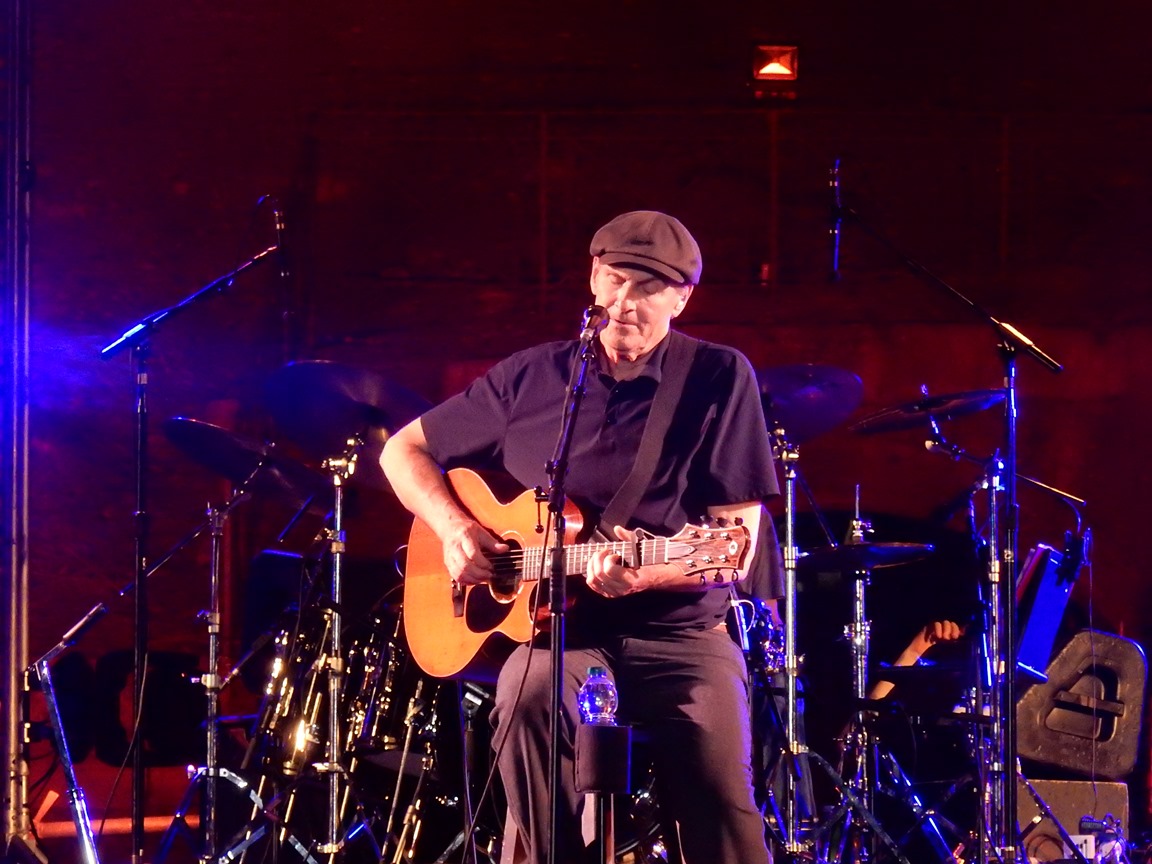 For the encores, Bonnie Raitt joined James and band on stage to perform a cover of Chuck Berry's "Johnny B. Goode". This was followed by "You've Got a Friend". The perfect ending of the concert was a beautiful version of "You Can Close Your Eyes", accompanied only by James on guitar. After this great evening I cannot wait to see James return to Europe, let's hope that happens soon! 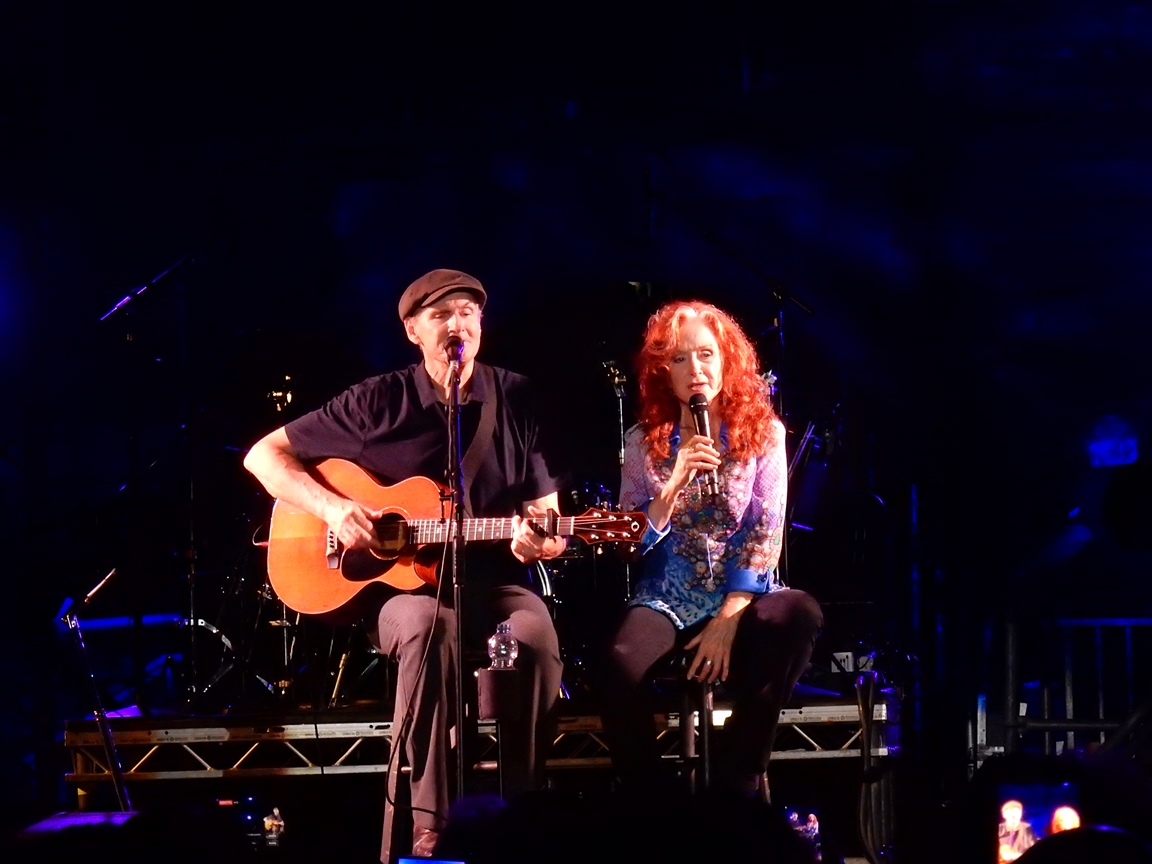