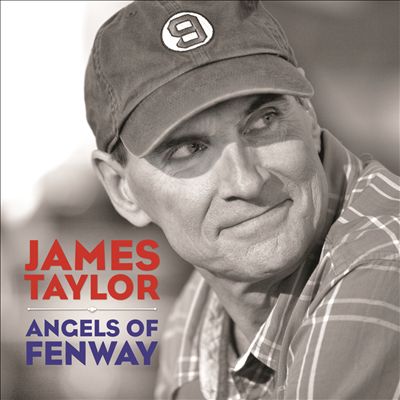 Yesterday, James Taylor presented his new song "Angels of Fenway" to the audience. The tune tells the tale of several generations of Red Sox fans, the Curse of the Bambino, the rivalry with the New York Yankees, and the 2004 World Series win, which inspired the song.

The song was played on the public address system before the game of the Red Sox against the New York Yankees, accompanied by a video with highlights of the century-old rivalry between those teams. Furthermore, James was invited to throw the ceremonial first pitch of the game and he played "America the Beautiful".

The song (and video) are available here on the Red Sox website later today. The single is available now on iTunes, Amazon.com or Spotify.

On August 6th James will be back at Fenway Park to perform together with Bonnie Raitt. "Angels of Fenway" will definitely be part of the set list.